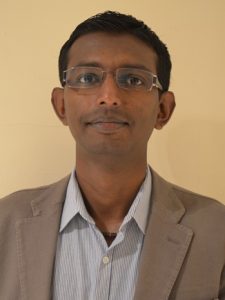 It is with profound sadness that we announce the passing away of our APSL colleague and friend, Dr Chesmal Siriwardhana, in the early hours of Sunday (09th ) morning, in London. At the time of his untimely demise, Chesmal was one of the Vice Presidents of the Association of Professional Sri Lankans in the UK (APSL), and was serving as an Associate Professor at London School of Hygiene and Tropical Medicine.

He was a long standing member of APSL and an active contributor to the Association, from the day he joined rendering his voluntary services to APSL’s activities in the UK and in Sri Lanka. He was appointed to the APSL Executive Committee in 2012. Since then he functioned as the Editor of the APSL Newsletter “The Professional”. He was also instrumental in developing the APSL Young Professionals Events, in which he facilitated the young Sri Lankan professionals in the UK to engage in networking and knowledge exchange. He ably led a team of young professionals in the executive committee to organise these events.

He obtained his Master of Science (MSc) in Psychiatric Research, Institute of Psychiatry, King’s College London, and Doctor of Philosophy (PhD) from the same institution. Chesmal was a Senior Lecturer in Public Health at Angila Ruskin University prior to his appointment as an Associate Professor at London School of Hygiene and Tropical Medicine (LSHTM).

Chesmal was instrumental in founding the Global Public Health, Migration & Ethics Research Group at Anglia Ruskin University, and was also a founding Co-Chair of Migration Health & Development Initiative (MHADI).  In addition to his teaching contributions at LSHTM, he was involved in a number of international capacity building initiatives, including qualitative health research courses in Sri Lanka/ South Asia and curriculum development and guest lecturing for a MSc course in Public Health Management in six Eastern Mediterranean universities across Palestine, Jordan and Tunisia.

Chesmal’s beloved parents, family and friends have lost their close loved one. Sri Lanka and the humanity had lost a young, intelligent and a highly talented kind person with a bright career ahead of him. APSL has lost one of its active and energetic members. APSL was fortunate to have Dr Chesmal Sriwardhana as a very valuable member, and his services rendered will be remembered with much appreciation.

We offer our sincere deepest sympathies and heartfelt condolences to his parents, family and friends.

May he attain the blissful peace of Nibbana.

Funeral arrangements will be notified as soon as possible.